Everything you wanted to know about my new work with NuMundo and studies in Media and Peacebuilding… and then some.

Will it result in a “pax technologica” independent of hegemonic power and military force? Or will it only deepen existing divides between different nationalities, ethnicities, and cultural groups, perpetuating conflicts and impeding understanding?

It is an exciting time to be thinking about these questions.

The choices we make now—as users, thought-leaders, entrepreneurs, policy-makers, and consumers—could well direct the course of our technological future.

That is why I am passionate about the vision of NuMundo, a tech-forward company leading the way in “land-based online networks,” regenerative economies, and decentralized global tribalization. If those sound like a lot of strange terms, they are. But emerging organizations and businesses like NuMundo have the power to create and define the terms that will drive the future of technology and the social structures surrounding it.

NuMundo is a global, online network of “impact centers” with a focus on eco-restoration, education, empowerment, community living, and sustainable travel. It serves to link interested travelers, vacationers, and full-time escapees from The System with ecological, educational, and physical locations for stays, workshops, work-trades, and retreats.

I will argue that NuMundo (and other online-offline communities like it) solves the paradox of the “global tribe”—or at least has the potential to do so.

Rather than sacrificing individual and group identities for the dubious ideal of peace driven by homogeneity, it celebrates pluralism and cultivates close-knit, on-the-ground “tribal” communities. Rather than foregoing a global outlook in favor of insular “villages,” it encourages an inclusive and open-minded perspective through online resources, dialogue, and exchange across all borders.

NuMundo answers what I will call a “noble impulse” for connection, meaning, and peace; in so doing, it offers an alternative vision of “full spectrum media” that is earth-centered and regenerative, rather than transhumanist and exploitative. Defining media in as broad a manner as possible, I place this organization at the forefront of a promising trend toward “glocalization” bolstered (rather than hindered) by communications technologies.

Using media to promote anti-consumerism and counterculture lifestyles may seem incongruous, but networks like NuMundo are attempting to do just that. Leading propagandist Edward Bernays wrote, “This general principle, that men are very largely actuated by motives which they conceal from themselves, is as true of mass as of individual psychology.” While he and Freud believed these “repressed impulses” to be wholly negative—aggression, sexual deviance, violence—one could make a case for the existence of neutral or even noble human impulses, equally repressed, and equally driving consumer choices.

What of wildness? Intuition? Connection (to nature, self, and fellow humans)?

These impulses, too, are present in modern humans, and repressed as much as, if not more than violence by mainstream culture and conditioning. Some of the emerging media technologies of today could indeed satisfy our hidden impulses—just not in the way Freud or Bernays might have imagined.

Looking at a pattern of consumption, or more broadly a cultural habit, “The modern propagandist therefore sets to work to create circumstances which will modify that custom” to suit his ends (Bernays 55). That is, the processes of propaganda (and marketing) run deep beneath the surface. The elusive goal of altering cultural desires and values through media can create docile consumers, obedient citizens… or something else.

Taking propaganda as a neutral term, this could also describe the process of guiding a reluctant public to first recognize their disconnectedness from community and nature and then seek to reclaim such a connection.

Of course, at times the “selling of peace” is itself part of a broader trend of commodifying meaning that, for example, appropriates ancient practices and strips them of context. The Westernization of yoga, Madonna-ization of Kabbalah, and corporate “greenwashing” should well serve as cautionary tales. Nonetheless, if mainstream marketing can tap into consumers’ darkest repressed desires, then alternative models can play to their noblest ones. Success in this endeavor would undoubtedly have a net positive effect on global peacebuilding efforts.

We Have the Medium. Still Waiting on the Message. 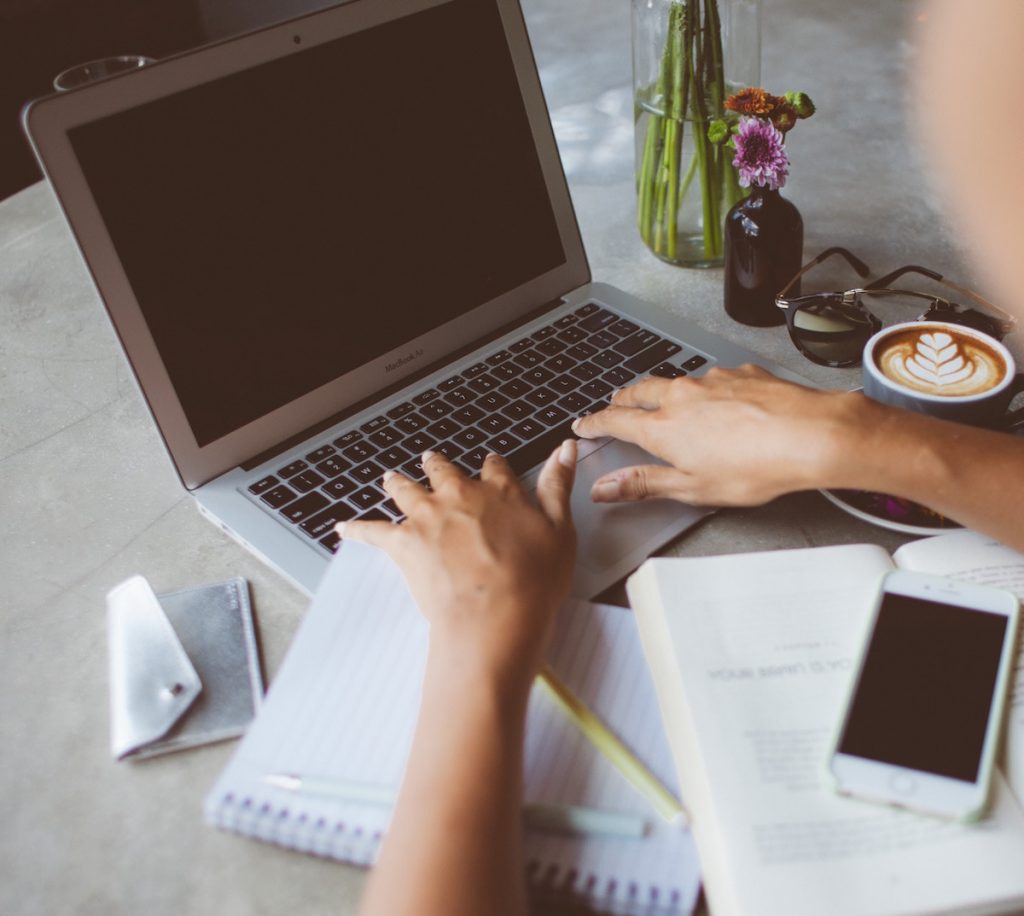 We could next consider what role these alternative media might play in building a new kind of peace.

The equation of Internet + Access = Peace is, most would agree, vastly oversimplified. It’s not only access to technology, but also how that technology is used that impacts social evolution. While that statement may seem self-evident, many appear tempted to label this new technological force as “good” or “evil.”

However, “It was not the machine, but what one did with the machine, that was its meaning or message” (McLuhan 7).

Communications technologies are the medium; how we use them will determine what meaning they ultimately have for human development.

Networks such as NuMundo seek to utilize new technologies in a focused and intentional manner, promoting ecological lifestyles, cross-cultural understanding and appreciation, and community-oriented systems. They do so by facilitating access to workshops on permaculture, natural building, indigenous wisdom, and traditional healing modalities. Furthermore, they enable “regular people” to discover “transformational experiences”—in the form of vacations, retreats, gatherings, or work trades—capable of permanently altering their worldview.

When we use “the machine” to promote sustainable travel, community empowerment, and ecological lifestyle, then the machine is…green.

If communications technologies ultimately serve to create a greener, more grounded, and more connected world, then we are a far cry from both the doomsday predictions and the transhumanist fantasies of many scholars and thinkers. “The “message” of any medium or technology is the change of scale or pace or pattern that it introduces into human affairs” (McLuhan 8). We are currently embedded in the change being wrought by the introduction of the internet and associated technologies. Thus it follows that we cannot know yet what the characteristics of that “change of scale” will be. However, it appears likely that the participation of users will prove a strong determining factor.

Convergence theory describes not only the convergence of media companies, but also consumers’ participation in and influence over media technologies. It is this “grassroots convergence” that applies to an analysis of NuMundo and similar digital communities.

Herein, “consumers are learning to use these different media technologies to bring the flow of media more fully under their control and to interact with other consumers” (Jenkins 18). Active and participatory internet users affect the form and function of media through their involvement.

What will they choose to do with the control of new media in their own hands?

Many are building tribes—some purely virtual, others avatars of more local groups. We will return to the topic of tribalization shortly. Other users, however, are building sophisticated digital networks of communication, growth, and resilience akin to those of the mycelium that run beneath the earth.

To follow the idea of convergence a step further, the concept of a “full spectrum world” takes on yet greater nuance when we extend our definition of “media” to concrete, physical experiences. If media, or communications technologies, are extensions of our own eyes, ears, mouths, hands, then the reverse could also be true.

By such a  definition, NuMundo’s unique blend of physical, grounded “impact centers” and the tech-savvy “digital nomads” visiting them are actually part of the media they use. In this instance, “media” does not only refer to the website, blog, search directory, photos, videos, and Facebook, Twitter, and Instagram accounts that constitute NuMundo’s online presence.

It also encompasses the physical locations, the food forests, the dirty hands, the organic farm-to-table meals and the face-to-face interactions that characterize users’ lived experience.

At the risk of following the concept too far, we are the message. And the message is one of peaceful community and regenerative practices.

Many people, when picturing the future of technology, may imagine a dystopia (or utopia, depending on who’s imagining) of chips implanted in brains and credit cards embedded in forearms. However, there are alternative models.

NuMundo is one of them.

And this vision centers on the fusion of the global village and the local tribe.

Tribalization: The Good, The Bad, and the Nu

The word “tribe” has many connotations—some negative, as in the conflict that often arises from “us versus them” dynamics and identity politics, but others positive.

Alternative communities across the globe are reclaiming the term, taking it to mean something quite different from the conventional usage. NuMundo, for example, often refers to their community as “tribe.”

In recent discourse, the idea of the global village frequently appears in opposition to the local tribe. And looking at the echo chambers of social media, the proliferation of online hate groups, and the fragmentation of the online world, we are likely to wonder which it will be: tribal or global.

The NuMundo model, on the other hand, synthesizes these two dynamics in a manner only possible because of modern technologies. Few species have achieved such a feat; mycelium are one of them. Underground mycelium networks can stretch for thousands of miles, cropping up above the surface at intervals, yet remaining interconnected through adept communication systems. Likewise, NuMundo impact centers and community members span the globe, and their virtual ties are invisible to the naked eye. However, through strong networks of communication, they remain intricately bound to one another.

The NuMundo approach to applying advanced technologies to modern society has its roots in natural processes. We would do well to ground our technology use in such a way more often.

Taken in the NuMundo sense of the term, tribalization is an overwhelmingly positive development. Modern “conscious tribes” represent small, closely knit and interdependent groups of people who support one another and their environment. These groups have strong identities, but ones which incorporate a global perspective and a value system centered on non-violence—between humans, and toward the earth.

However, retribalization can undoubtedly become a damaging and even violent process, whereby we we project our negative qualities onto an outside “other,” thus reinforcing an “in group” identity while demonizing an “out group.” Such trends have certainly arisen in many alternative lifestyle movements. Think militant veganism, minimalism, and sustainability. Dogmatic adherents to any value system will often move beyond their own choices to attack those who do not share them.

The inherent dangers of tribalization are not to be overlooked or brushed off.

Can the global village coexist with the local tribe, then?

If there is such a thing as pax technologica, I hope it will follow the NuMundo template: Technology-supported empathy and interconnection will lead to a “decentralized peace”—independent of hegemonic or state powers. Retribalization will occur along non-national, non-ethnic lines; rather, global citizens will group into value-aligned, semi-location-independent communities.

Potential for peace notwithstanding, however, we will do well to take cautionary measures against the divisive implications of a retribalization process. As this shift takes place, we must ensure that it is not divisive, with “eco-warriors” hunkering down in one camp, facing off against the status quo and corporate machine in the other.

Most likely, the dynamics of future digital communities will be far more fluid than either of these scenarios, a bit less black and white.

There is no utopian outcome to the global tribe paradox, whereby technology leads to perfect peace amongst mankind and harmony with nature. Not even an army of mission-driven, eco-focused organizations could achieve that. Still, in turning our focus toward globally linked, locally rooted projects, we could learn a lot about building new models of non-violent living.