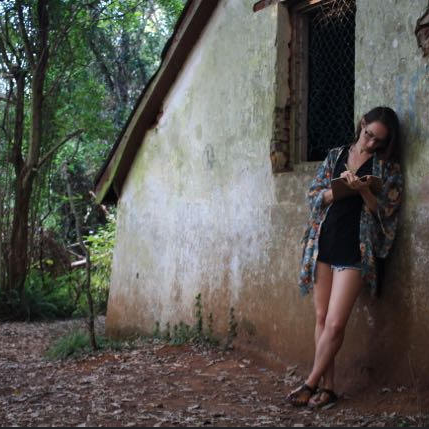 How I’m Overcoming the Tension of Teaching Storytelling in Africa

In my first workshop meeting, I share a TED Talk by Nigerian author Chimamanda Ngozi Adichie and she discusses how throughout history those in power—especially colonialists—have dispossessed others by choosing how to tell their stories.

I am a young, white, American woman facilitating a workshop in Cape Town, South Africa sponsored (I think) by the U.S. embassy.

The title of this workshop? Storytelling for Social Justice.

As my “students” introduce themselves at our first of five meetings, they speak with courageous vulnerability about identity, hope, passion, and overcoming adversities I can scarcely imagine—genocide, violence, disease, loss.

They are mostly African, mostly POC, and mostly ten years older than me.

Sitting at the table with these eight extraordinary individuals in a bland classroom in the “American Corner” of the Central Library, I facilitate a discussion about “finding our authentic voice.”

Am I following in the well-worn tracks of those colonialists and neo-colonialists who sought to dictate how the stories of the African continent should be told?

Am I, too, somehow disempowering my students by seeking to facilitate their storytelling? Is “facilitate” just a nice word for “control”?

Damn, I sure hope not.

But I also hope that my race, age, and nationality do not disqualify me from sharing what I know with this exceptional group of human beings. They have honored me with their trust, their time, and their attention—and I feel humbled and motivated in equal measure. I want to support them in telling their stories, and I want to do it in the right way. So, as I do, I’ve spent a lot of time thinking about what the “right way” would be.

I’ve never quite faced a situation like this before. I’ve taught dance and yoga, but writing is another level. When we talk about telling stories—our stories—we step into sensitive territory.

For too long academia has arrogantly claimed ownership of the world’s stories. For too long,  media and politics have propagated incomplete stories, visiting a kind of violence on their subjects by flattening them into one dimension. For too long, those who possess privilege and power have thought to police the self-expression—the stories—of those who have less.

But, I’m still facilitating the workshop. This is how I’m moving past these stumbling blocks:

1. I choose the word “facilitate” over “teach.”

I would not presume to teach a group of people older, wiser, and more seasoned than me. I prefer to understand my role as that of facilitator, enabling my workshop participants to learn from one another and from my experience. (I also expect to learn just as much from them as they do from me!)

2. To that end, I focus on the knowledge I do have to share, which may be of value.

Introducing this workshop, I told my group that I came to them primarily as an editor who has worked on thousands of articles and several full-length books. I also come to them as a writer who has published for years on many online platforms. I believe the knowledge I have gathered from that work could benefit anyone wishing to improve their writing skills.

3. I accept the tension.

I think there is an inherent tension to my position. There are layers of nuance whenever a person steps into a teaching role, travels in foreign countries, or enters any cultural context other than their own—and I’m doing all three. That’s okay. I hope that by keeping those nuances in mind I will manage to avoid any particularly inappropriate gaffes.