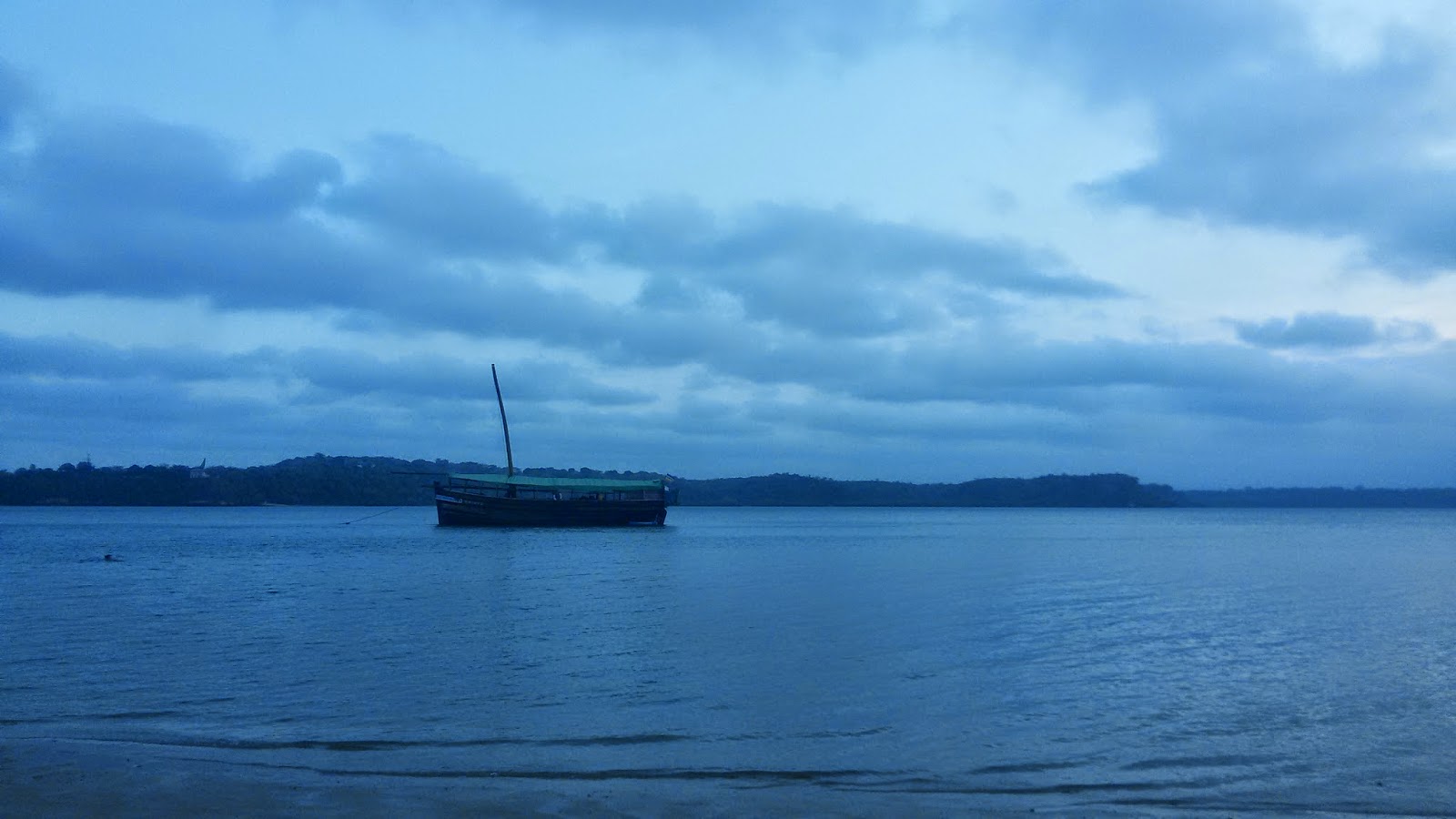 I swim to the Dhow—a traditional Arab/East African (/originally Chinese?!) sailing vessel—anchored in Kilifi Creek. I alternate between front and back crawl, and though it only takes a couple minutes, it feels much longer, as is always the case with swimming.

The Dhow (named musafir, Arabic for traveller) is unfinished. Three years in the making, the boat has a bit of work remaining. The deck boards wobble and gape in places.

The ship’s builder, a Frenchman with a feather in his dreads, is leaving when I arrive. I hoist myself up the rope ladder that dangles into the water, then he lets himself down into a waiting dingy.

Alone now, save for a snoozing workman at the bow, I make my way to a single plank of wood jutting out at the back of the boat and sit down. The four o’clock sun is still hot on my skin; it dries the seawater on my arms, leaving a salty film.

I think about jumping into the water, but delay a while yet. I watch, fascinated, the journey of a single fish. He looks like a seahorse stretched out flat: long, pointy snout, eyes on the side of his equestrian head, mint green and brown body, undersized blue tail fin. He plies the water two meters below my feet.

A dog barks from shore and reminds me I have something to do. 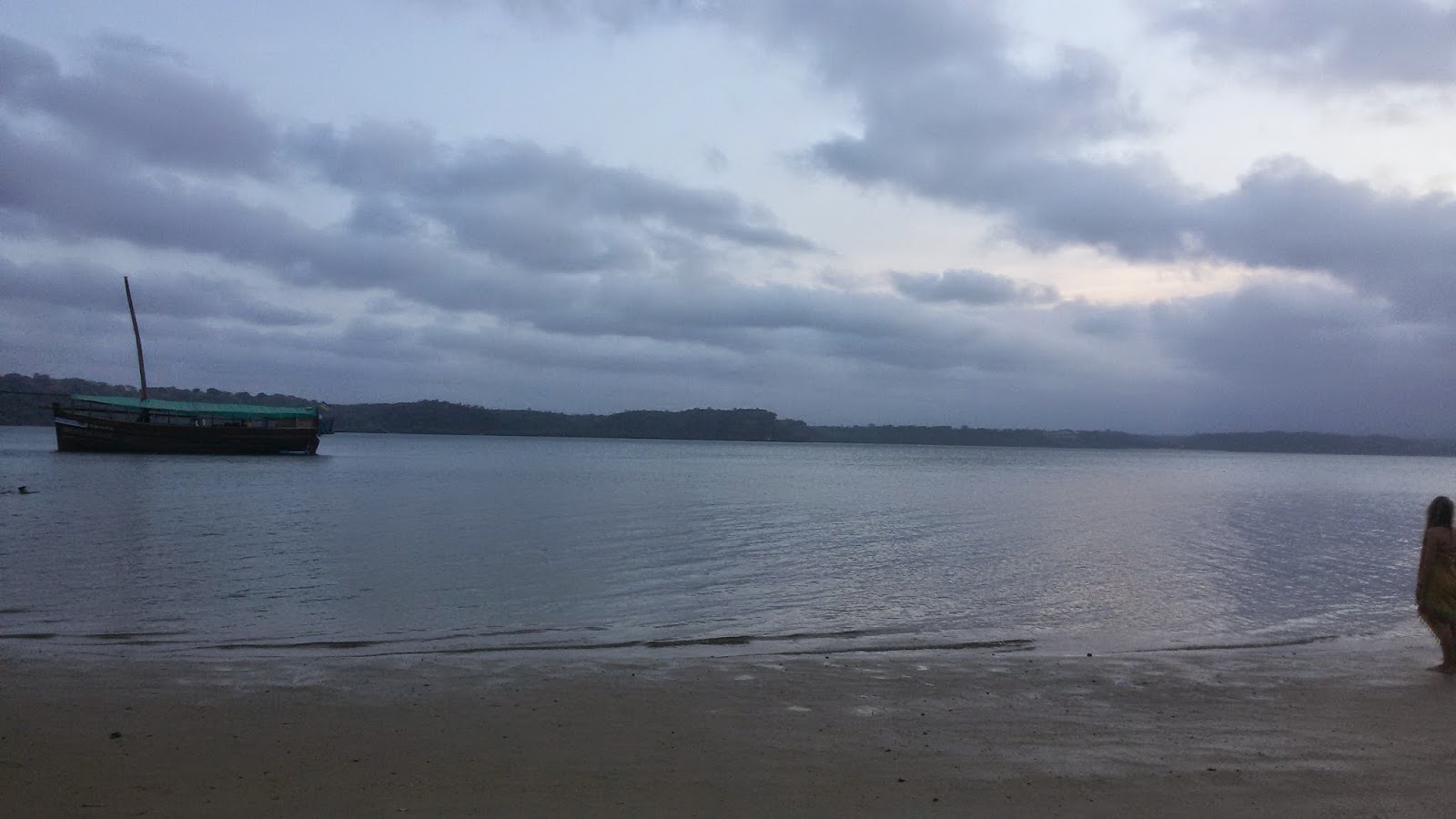 I probably stand on that wooden plank a full five minutes thinking. Thinking how I could just climb back down the rope ladder, but I won’t. Because I have something to prove. Not to anyone else—the small beach is deserted—but to myself. Thinking how I feel the need to jump off boats and bridges precisely because it scares me so.

Some people will always turn back to the rope ladder, but I am no longer one of them, I think. I have decided to be “fearless.” A better word, however, might be “fear-defying.” I refuse to abide by my fears.

I am thinking how fearlessness, or courage, rather, is not the absence of fear. It is doing things anyway. I hope I always will.

And I jump, of course. The water is warm-cool after the heat of the sun, and it rearranges itself effortlessly around my body.

And of course, the jump is a non-event. Nothing of note has happened, and yet I am pleased enough to write all about it. I swim back to shore with a smile on my face. It’s the little things, after all…