“The climate’s delicate; the air most sweet.
Fertile the isle, the temple much surpassing
The common praise it bears.”
— Shakespeare

I could write—and, indeed, have written—many pages about Sicily. However, I’m hardly the first person to be taken with the island’s complex history, natural beauty and unique charms, so for a change I would like to share the words of other writers, whose perspectives, combined with pictures from my recent visit, make for a woefully incomplete (but very poetic) look at the place. I hope it may whet your appetite for more, as I never tire of convincing people to visit!

“Ho capito che la Sicilia è molto più complessa di quello che si può pensare: la paragonerei ad una cipolla dai molti strati.” — Paco Ignacio Taibo II
(“I have understood that Sicily is much more complex than one might think: I would compare it to an onion of many layers.”)
“Sicily has suffered 13 foreign dominations from which she has taken both the best and the worst. The sequence of different cultures has made Sicily a fascinating place, quite unlike any other.” — Andrea Camilleri

“This is the homeland of the Gods of Greek mythology. Near these places, Pluto abducted Persephone from her mother. In this wood we just walked through, Ceres ceased her swift running and tired of her fruitless search, sat on a rock, and despite being a goddess, she wept, the Greeks say, since she was a mother. In these valleys, Apollo pastured his flocks; these groves, stretching down to the seashore, have echoed with Pan’s flute; the nymphs got lost under their shade and breathed their scent. Galatea fled from Polyphemus and Acis, close to succumbing to the blows of his rival, enthralled these shores leaving his name here … In the distance you can see the lake of Hercules and the rocks of the Cyclops. Land of gods and heroes!” — Alexis De Tocqueville 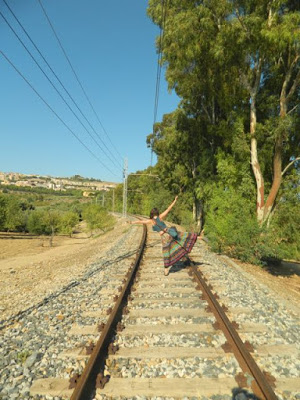 “For over twenty-five centuries we’ve been bearing the weight of superb and heterogeneous civilizations, all from outside, none made by ourselves, none that we could call our own.”

This violence of landscape, this cruelty of climate, this continual tension in everything, and even these monuments of the past, magnificent yet incomprehensible because not built by us and yet standing round us like lovely mute ghosts; all those rulers who landed by main force from every direction who were at once obeyed, soon detested, and always misunderstood, their only expressions works of art we couldn’t understand and taxes which we understood only too well and which they spent elsewhere: all these things have formed our character, which is thus conditioned by events outside our control as well as by a terrifying insularity of mind.”

“I was enchanted… the limpidity of the sky, the restless splendor of the sun, the beauty of the countryside, a certain excitement of the fantasy…which brought to mind the time when in the fields one encountered the divine.” — Jean Houel

“In Sicilia abbiamo tutto. Ci manca il resto.” — Pino Caruso
(“In Sicily we have everything. We’re just missing the rest.”)

(“We were the Leopards, the Lions; those who will replace us will be little jackals, hyenas; and all of us Leopards, jackals and sheep, we’ll go on thinking ourselves the salt of the earth.”)
― Giuseppe Tomasi di Lampedusa

(“For me, Sicily has a particular light, something of the primordial. I wasn’t born in Sicily even though my mother is from Palermo. It’s as if with this land were a recollection even further back in my existence, which belongs to my memory. I write often here, there’s a special atmosphere, instinctive. I do not even give it a name, as to do so would give it boundaries which it does not have.”)

“There it was again: the sweeping verbal gesture magnified in the prism of Sicily, the pronouncement so poetic it nullified any arguments before they could take their first breath. The vines, the amphorae, the thousands of years of history, the palmenti, the volcano, the beauty, the power of it all. In Italy, of course, beauty is next to holiness. Sicily was long the most treasured daughter of the Mediterranean. So who can teach Sicily anything about beauty?” — Robert Camuto

“All of Sicily is a dimension of the imagination.” — Leonardo Sciascia 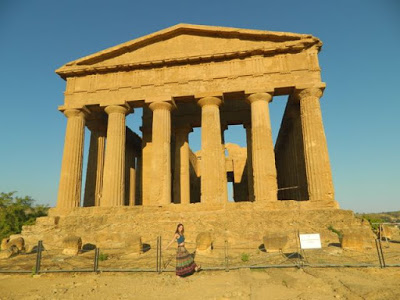 “And anyone who has once known this land can never be quite free from the nostalgia for it.” — D. H. Lawrence