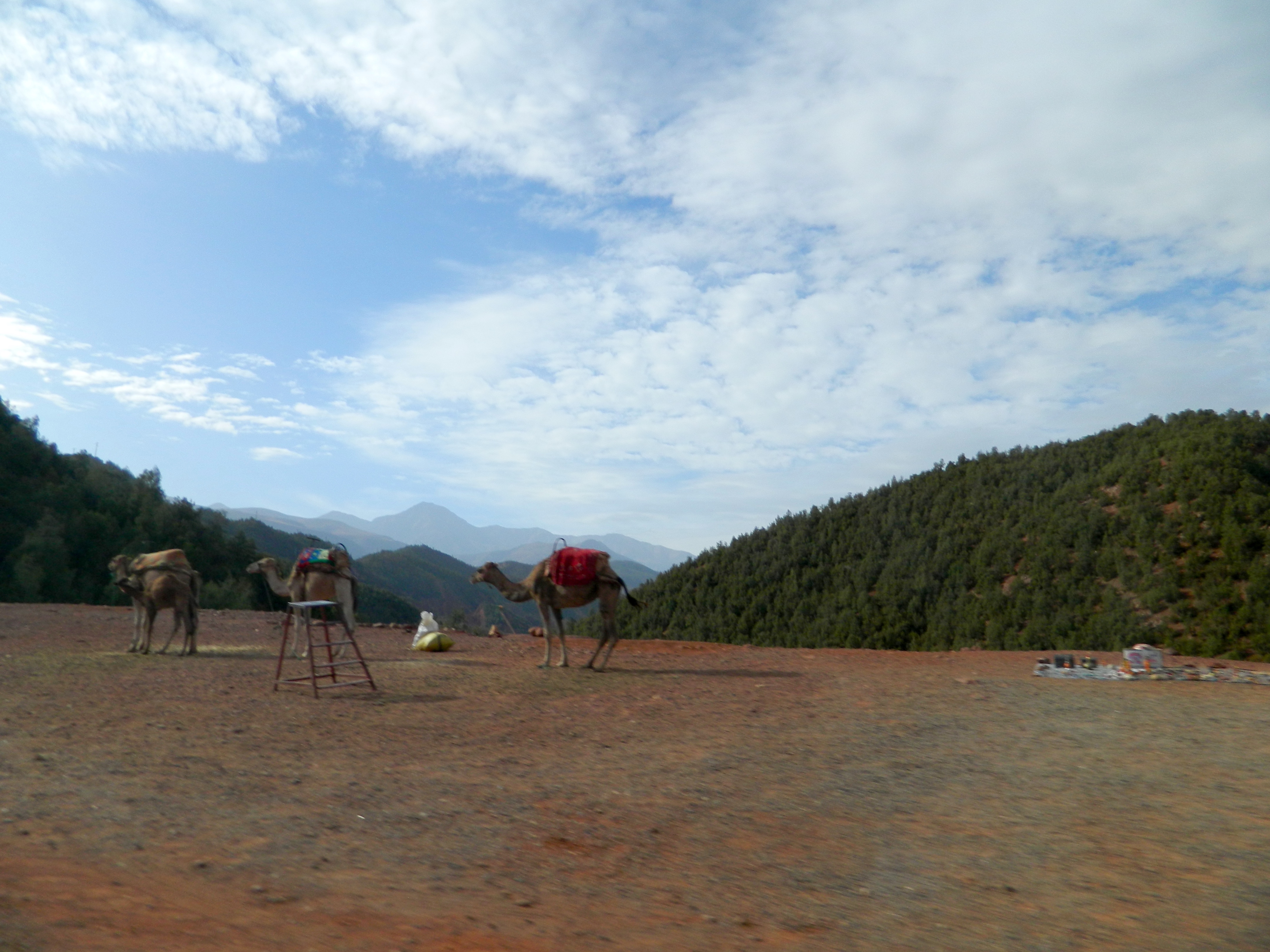 We’re standing outside the van on the road to Ourika Valley, a verdant, majority-Berber region about two hours from Marrakech, popular with tourists for its many waterfalls.

A half-dozen camels on short tethers wait for curious tourists to approach. It’s well past 11 o’clock, but the sun is just making it over the mountains to warm the deep valley.

The man speaking proffers a tangle of necklaces. Plastic. The artisanal products are waiting in well-planned shops, with tougher hagglers behind the counter. My companions for the day, a French couple from outside of Paris, laugh and tell him that’s a good marketing plan.

In a way it is, but then…maybe not.

You see, I don’t want anything for free (unless it’s a sincere gift). I don’t want the cheapest price (anymore). I want a fair price.

And that’s a very different thing.

Ostensibly we’ve stopped for photos, but the view was around the last bend, and we’re really here to have time to spend money. We’ll stop at three more tourist establishments (some would call them traps, but I won’t today and I’ll explain why soon) before actually reaching our intended destination. 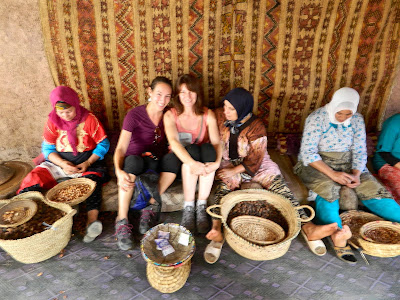 > The Argan Oil Cooperative. Smiling women sit outside the building grinding argan nuts into a paste, which will later be separated into cosmetic oil and the base ingredient for savon noir (black soap). They beckon us to sit beside them. Ashkid, ashkid. (Come, come.) You can take pictures, we’re told. No problem. There’s a dish in front of the women with a few dirham notes in it. We can leave money there.

> The Berber House. A traditional Berber house, which I might have found more exciting had I not spent a great deal of the last five weeks visiting my Berber friends in their (yes) Berber Houses. We’re shown the kitchen, the store room, the family room, the hamam (bath) and the backyard. You can take pictures. No problem. On the way out, there’s a well-placed souvenir shop and a donation box for the welcoming Berber House family.

> The Guide. We stop in the village near the waterfalls to pick up the guide. We haven’t asked for the guide, but the guide is going to come with us. He accompanies our small group halfway up the trail, to the first set of falls, and then tells us it’s time to turn back. When we insist on continuing, and he insists on not going back without us, I convince him to wait at the halfway-up cafe while we finish the hike. 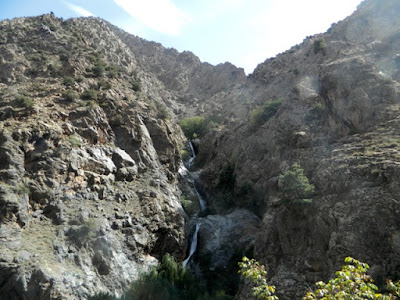 Most people in the world would probably agree with those sentiments.

I think all of these scenarios and concerns come down to the same fundamental issue: fairness. Fairness to local people working in the tourism sector, and fairness to tourists seeking to spend their money well (ethically, reasonably and in a way that feels good to them).

I’m going to seriously oversimplify for a moment. The tourist-local marketplace dynamic—as I see it—breaks down like this:

Tourists do want to feel like they’re getting a good deal. Sure, some are pinching pennies, but most just want fair. Many, like me, will feel frustrated when they know an item’s market price, and then are asked to pay four times that because said item has been handily transported into a souvenir shop. They don’t want to pay “tourist prices.”

Local people want to make a decent living. They see foreign tourists and assume (reasonably) that if they had enough money to pay for a plane ticket to Morocco, they also have enough money to pay a few dollars above market price for a bottle of oil, silver necklace, taxi ride, and everything else. They might also encourage (or push) said tourists to spread their money evenly—a few gifts at the Argan Cooperative, a dollar to the Berber House, a tip to the guide. From this perspective, those tourist establishments mentioned above are not traps, but simply an integral component of the day’s adventure.

Some believe that tourists should pay tourist prices, because they can. And hey, I get where they’re coming from.

Naturally, I also get where tourists are coming from. I’ve been pondering this a lot lately, and I think the fair solution is neither “equal” (tourists often do earn significantly more than the locals they’re buying from, so why shouldn’t they pay more too?), nor excessive (no one likes traps and cheating). Rather, it’s somewhere in the middle, where everyone is happy—or at least not pissed off. 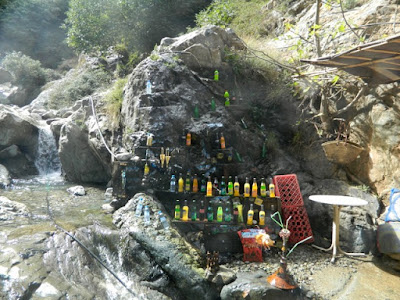 So, when buying abroad, keep three questions in mind:

1. How much is this worth to me? (How much do I want to spend on it? Keep in mind, for perspective, what you would spend at home.)

3. What can I afford? (What’s my budget for this day? Week? Holiday? Will this meal/souvenir/excursion put me over?)

The “fair” price exists somewhere at the nexus of those three answers.

And to justify this blog title: