Lamu, Kiwayu and the Danger of Playing it Safe 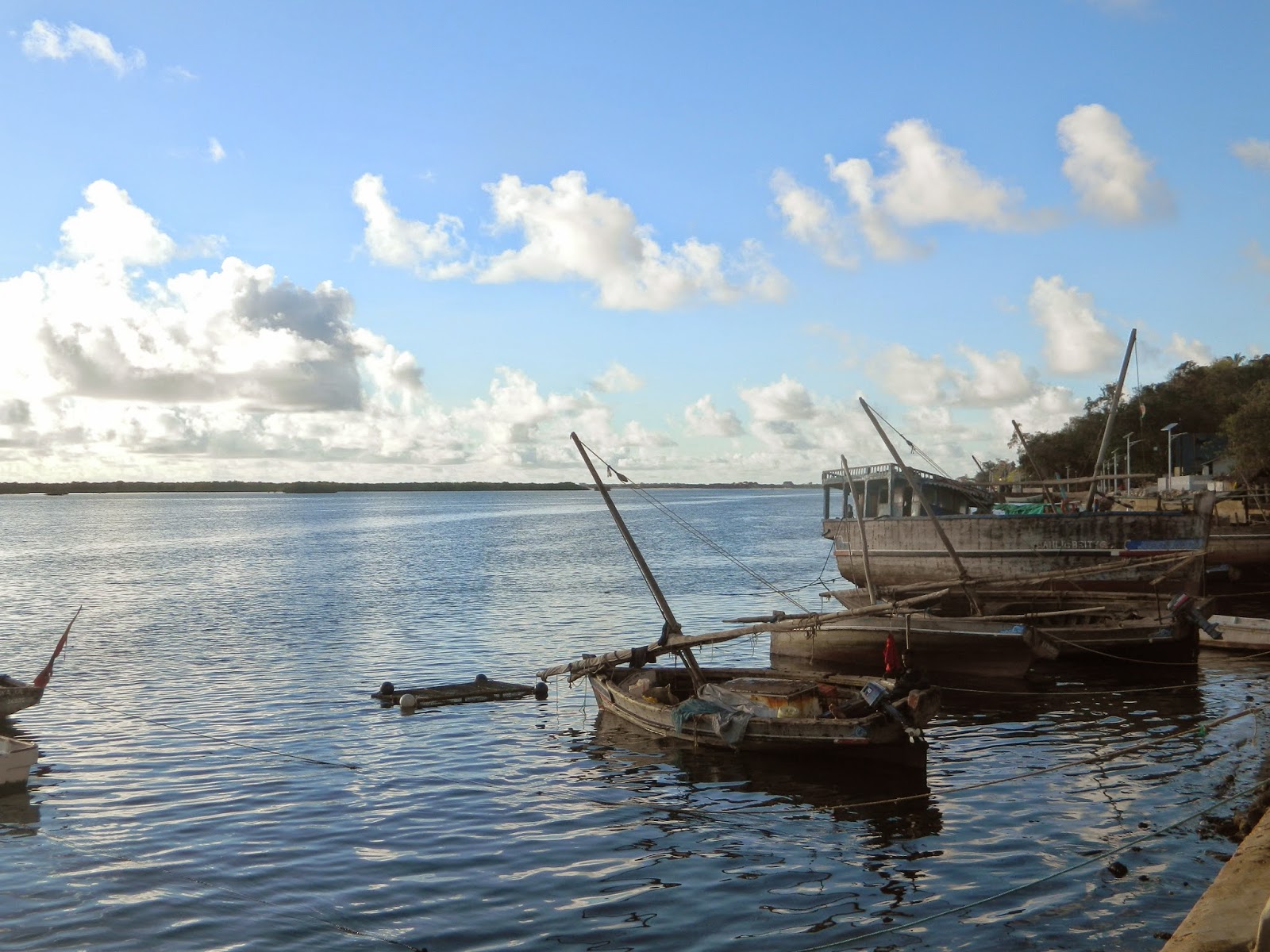 For those of you who have been following recent events in Garissa, Kenya, and who were aware of the proximity of Lamu and Kiwayu Island (my location this past week) to the Somali border, you will be happy to know that I am back safe in Kilifi, several hundred kilometers away.
As events progressed and the news of Al Shabab’s brutal attack on Garissa University broke, sitting on a bus for eight hours while following updates on Twitter, stopping at multiple police checkpoints and traveling with a police escort could have been a nerve-wracking experience, but with the company of my three travel mates and the shaky consolation that lightening rarely strikes twice, we managed to comfortably ride out the journey.
I don’t want to write about Garissa today, though. (I’ve done that already here.) I want to share a little about the gorgeous regions in the north of Kenya devastated not just by attacks, but also by foreign travel advisories.
At 7:30am on Friday, March 27th, three friends and I boarded a bus bound for Lamu, a Unesco World Heritage Site on the north coast of Kenya accessible only by boat.
Well, to be exact, we waited at the bus stop for three hours first, bags baking in the sun, and then boarded…
***
Day 1: Friday 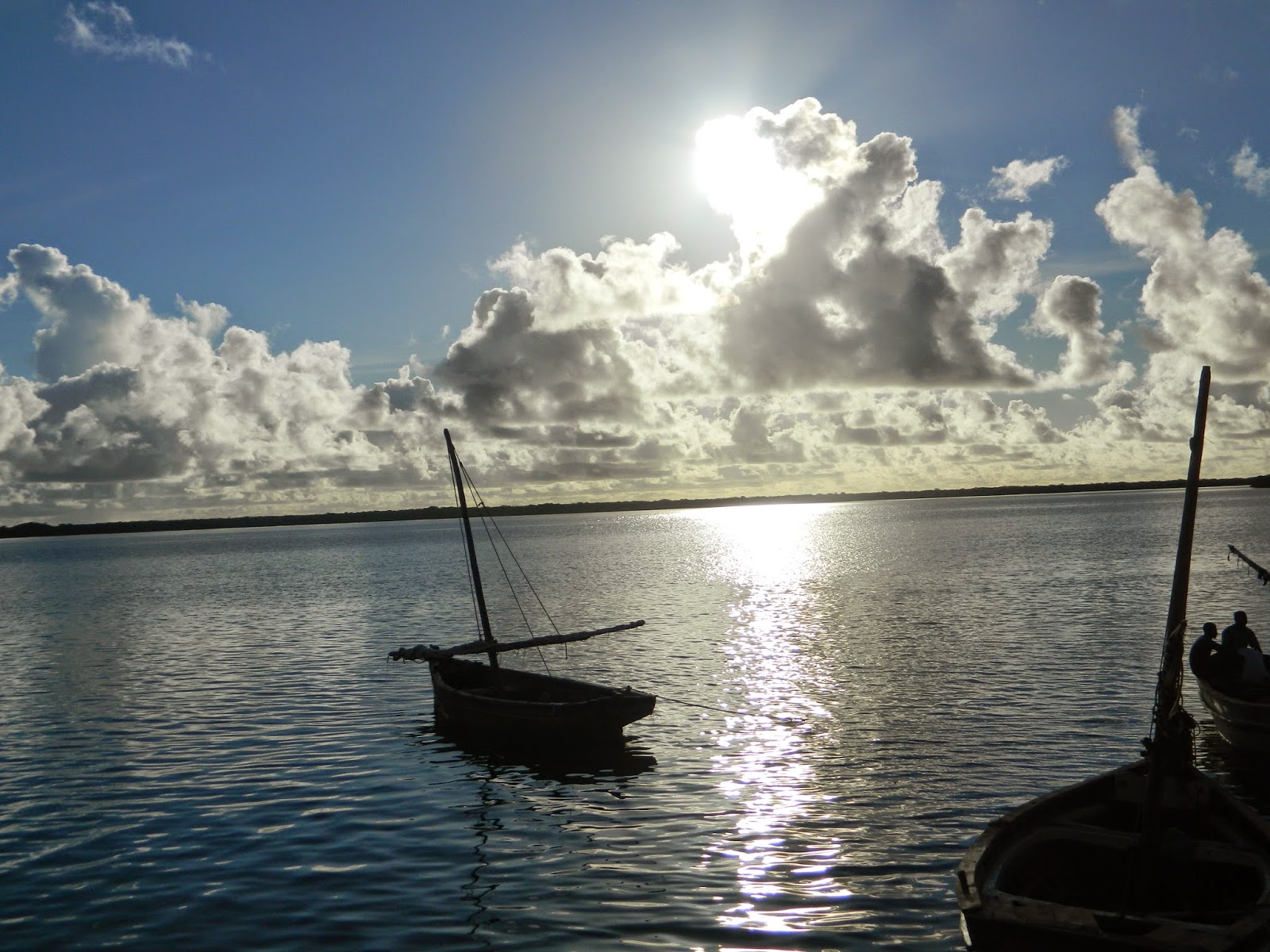 At 3:00pm, we pull off the road and wait a couple hours more for an armed convoy to escort us and the other buses of the afternoon through the more forested area north of Garsen. The roads become increasingly rough as the buses continually race past one another for no apparent reason.
We arrive at Mokoi Port around 7:30pm and crowd into an already packed ferry. The stars grin overhead as we move towards Lamu Island, and I trail my fingers in the dark water.
After a quick meal of the best nyama choma (grilled kebabs) I have yet tasted in Kenya, I sleep heavily.
Day 2: Saturday 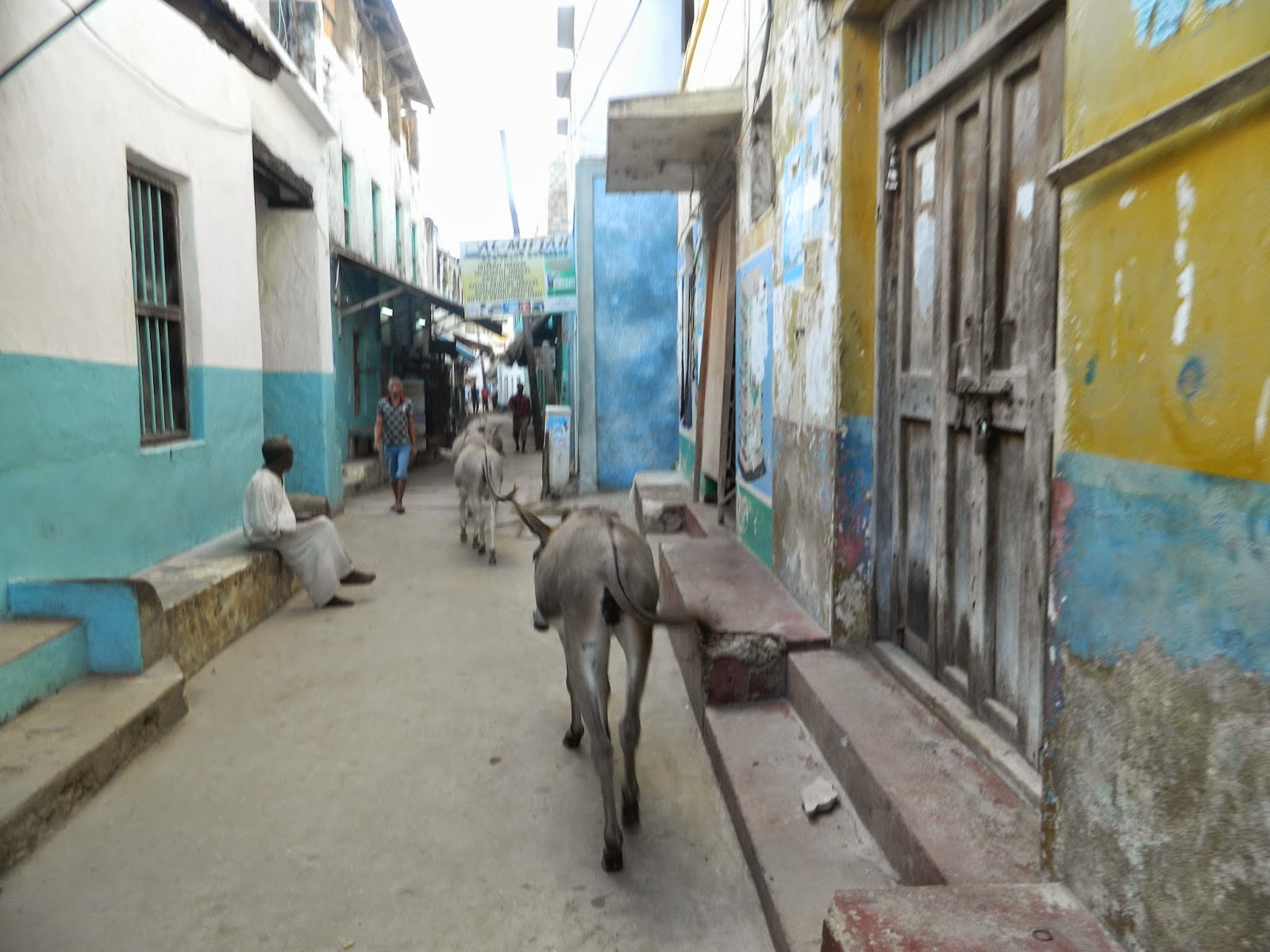 I rise at dawn in order to wander the alleys of Lamu before the town and the sun are fully awake.
Winding stone pathways tinted with just the slightest bit of tension (or perhaps desperation would be more precise) speak eloquently of Lamu’s prosperous past as a key Swahili port. The sunlight glows on the waterfront, casting in shadow the men who accumulate around boats and food stalls, hoping for better business.
We are the only tourists in sight so far. Gorgeous old houses filled with guest rooms stand empty. 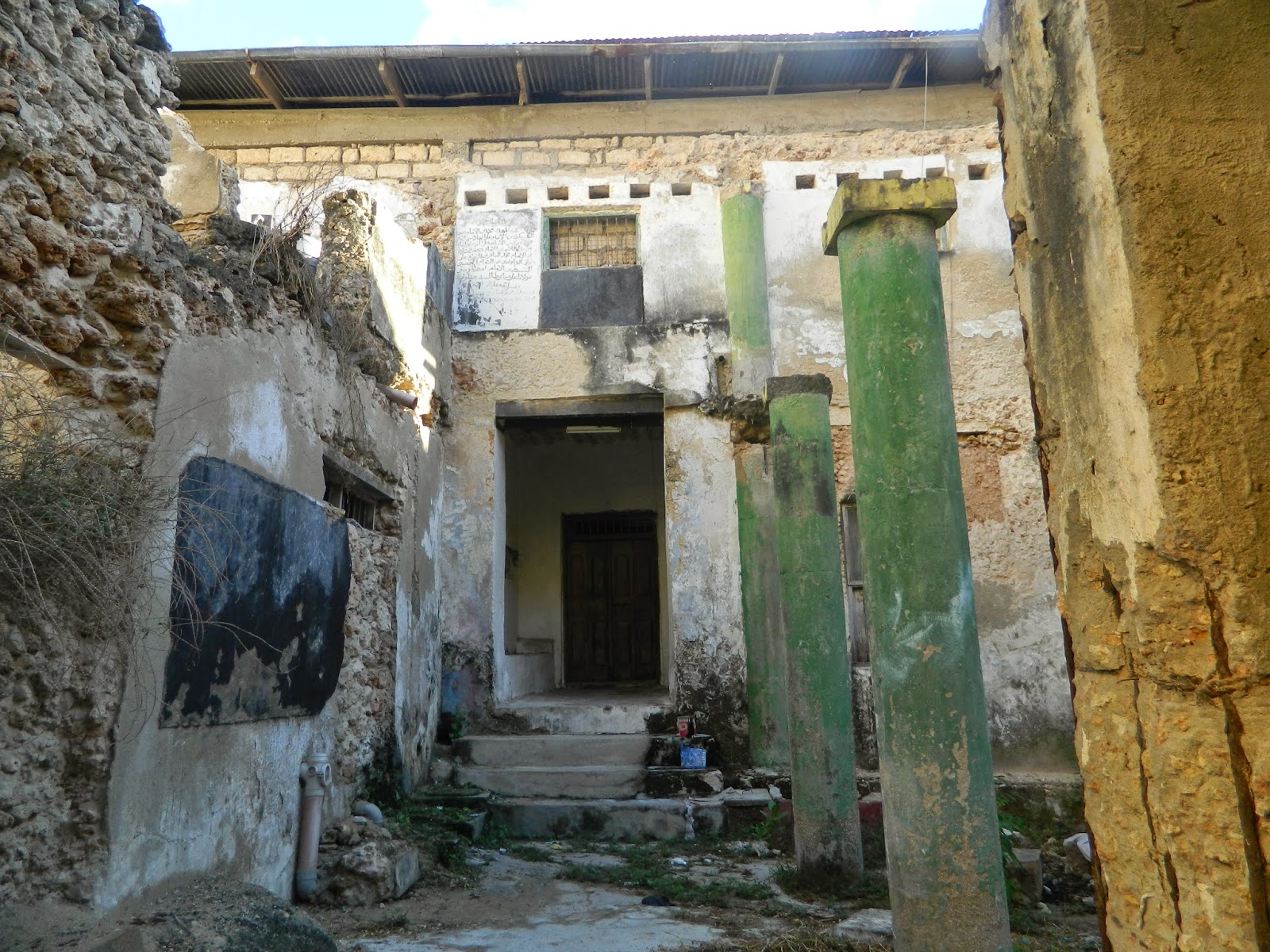 At 6pm, we learn that the dhow (boat) that should have carried us on to Kiwayu Island (originally at noon, then at 7pm) will not leave until the next day. We make a split-second decision to take a speed boat instead, and are spirited away in the night to an even more remote location. We hurriedly load water, produce and other supplies for 5 days and head out into open water.
The stars are bright bright and curved around the sky like a snow globe.
Around 9pm, we arrive at Champali (a luxury camp made available to us four grateful travelers through family connections). My room is quintessential island paradise in one room-sized package: big bed, balcony overlooking the ocean, woven mats and open windows on all sides.
Day 3: Sunday 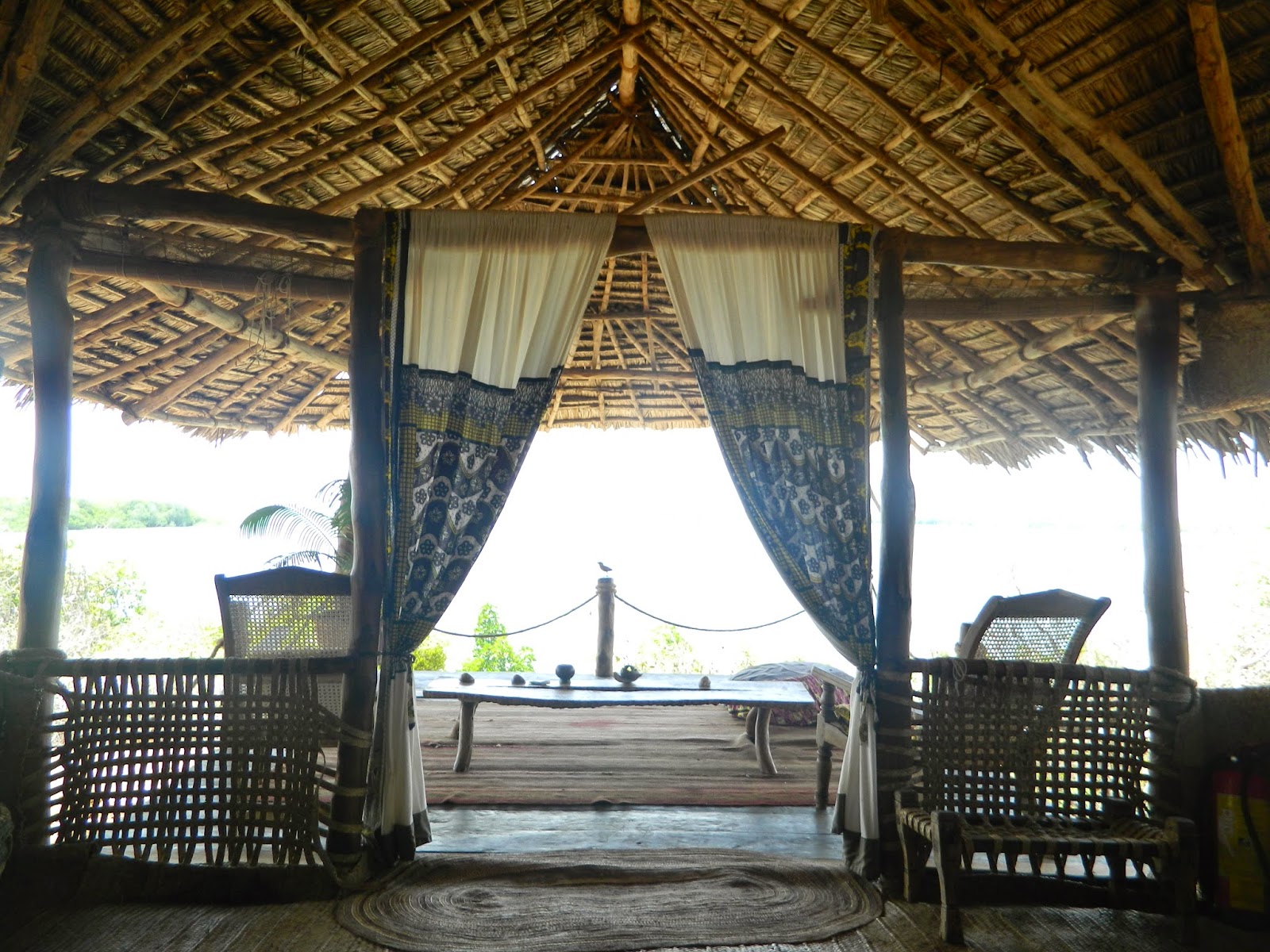 I wake again at dawn in a pool of light, the soft sounds of birds and water lapping at the shore welcoming me into the day. I move slowly, from morning yoga to a brief walk away from the camp, to cooking breakfast.
We play cards and lounge for a while, then make the fifteen-minute “trek” to the other side of the island and eight kilometers of wild, empty beach. Strewn with seaweed, backed by sand dunes and with an unobstructed view of the Indian Ocean, this beach is the definition of remote. My definition, anyways. You would never guess, to stand there, that several hundred people inhabit the island, residing largely in two villages. 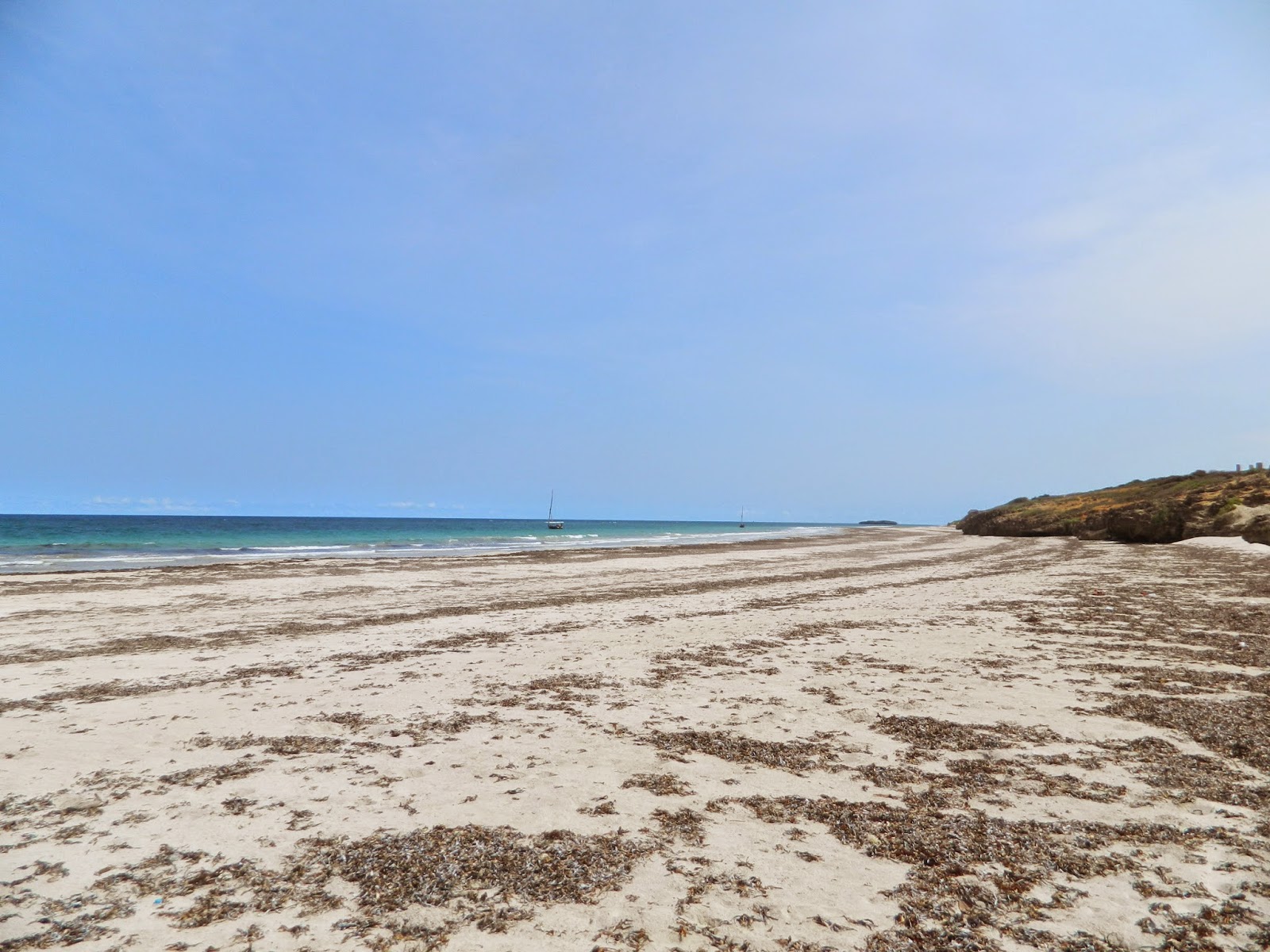 The cicadas in the trees here are terrifyingly loud at times, their buzzing so pervasive it seems to be coming from inside my own head. A noise like that could drive you crazy if you were stuck in a tree with it for long enough.
Day 4: Monday 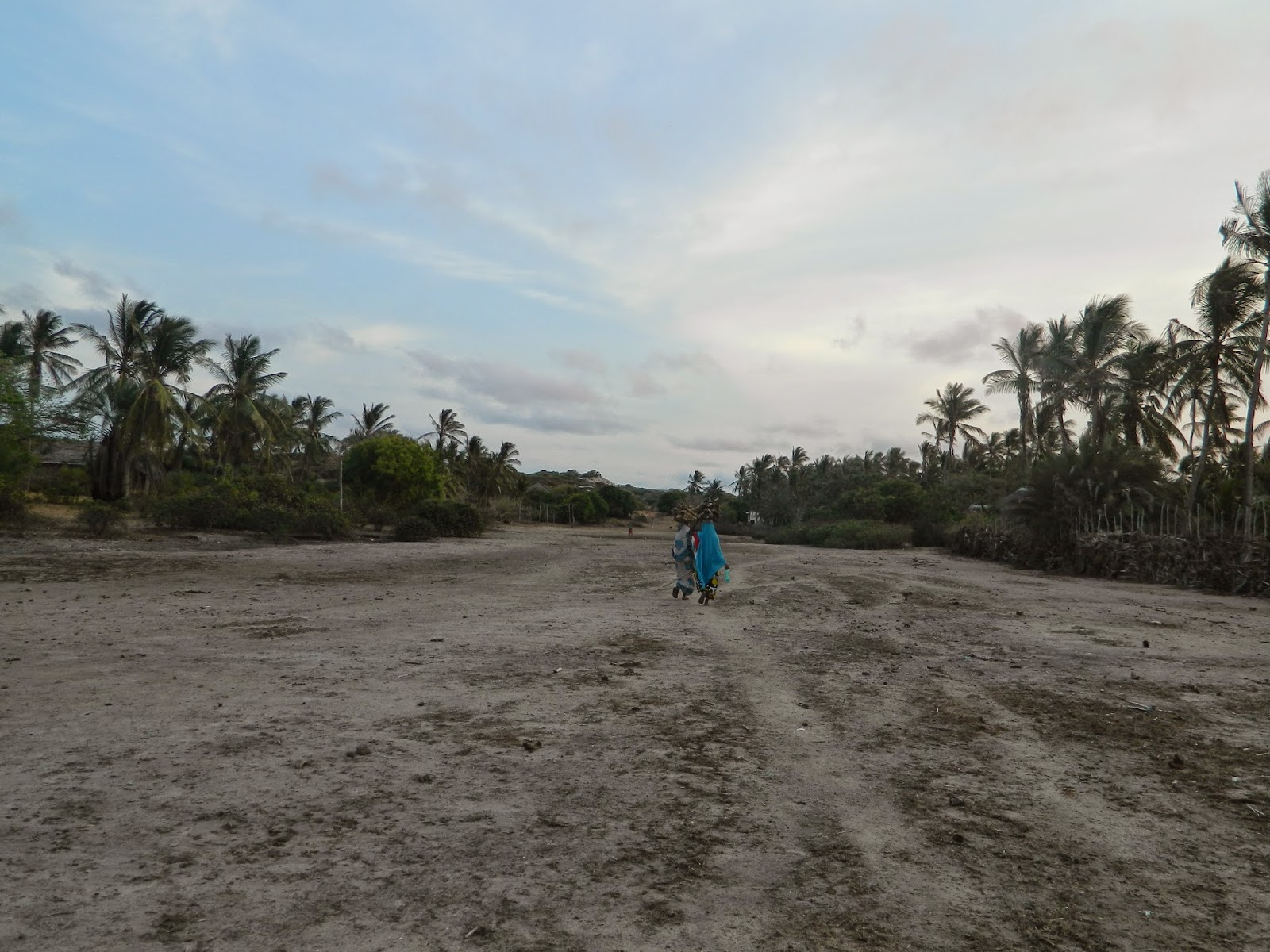 This time we bring boogey boards to the other beach, and for the first time I really understand why people find this activity fun. The waves are just big enough to carry me all the way to shore when I catch them right. I stand up dripping seaweed and sand, and feel decidedly like a six-year-old mermaid version of myself.
A walk into the village later in the afternoon reveals the hub of human activity that the exterior of the island obscures. The women are beautiful, dressed in a style that looks almost Indian to me, and the children are utterly enthralled by our appearance, trailing behind our small group as we wander a web of thatch-roofed homes and dirt paths speckled with shells—remnants of an aquatic time long past. 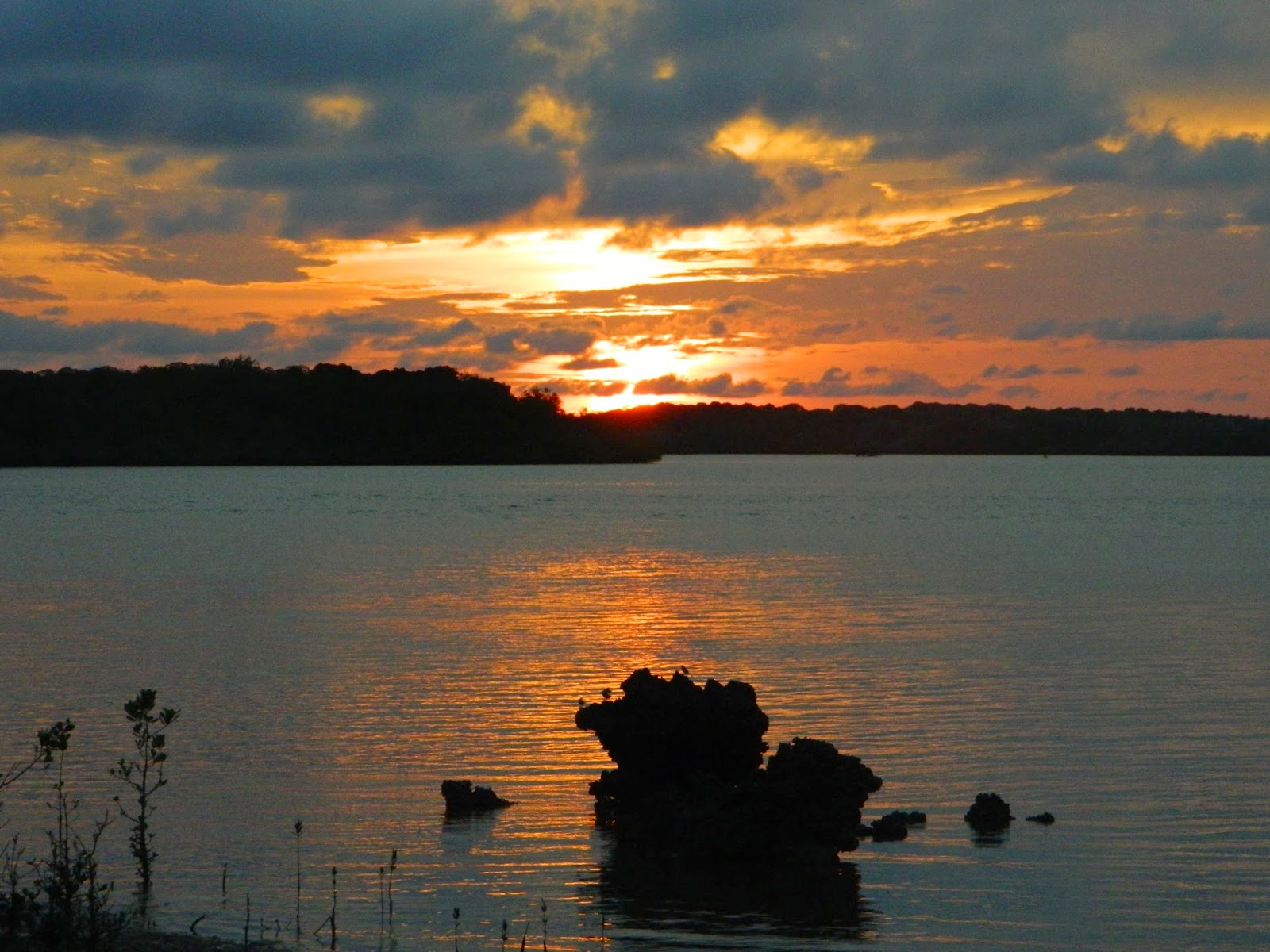 As the sun begins to set we start for Champali, stopping at a beach along the way to watch the color show.
Day 5: Tuesday 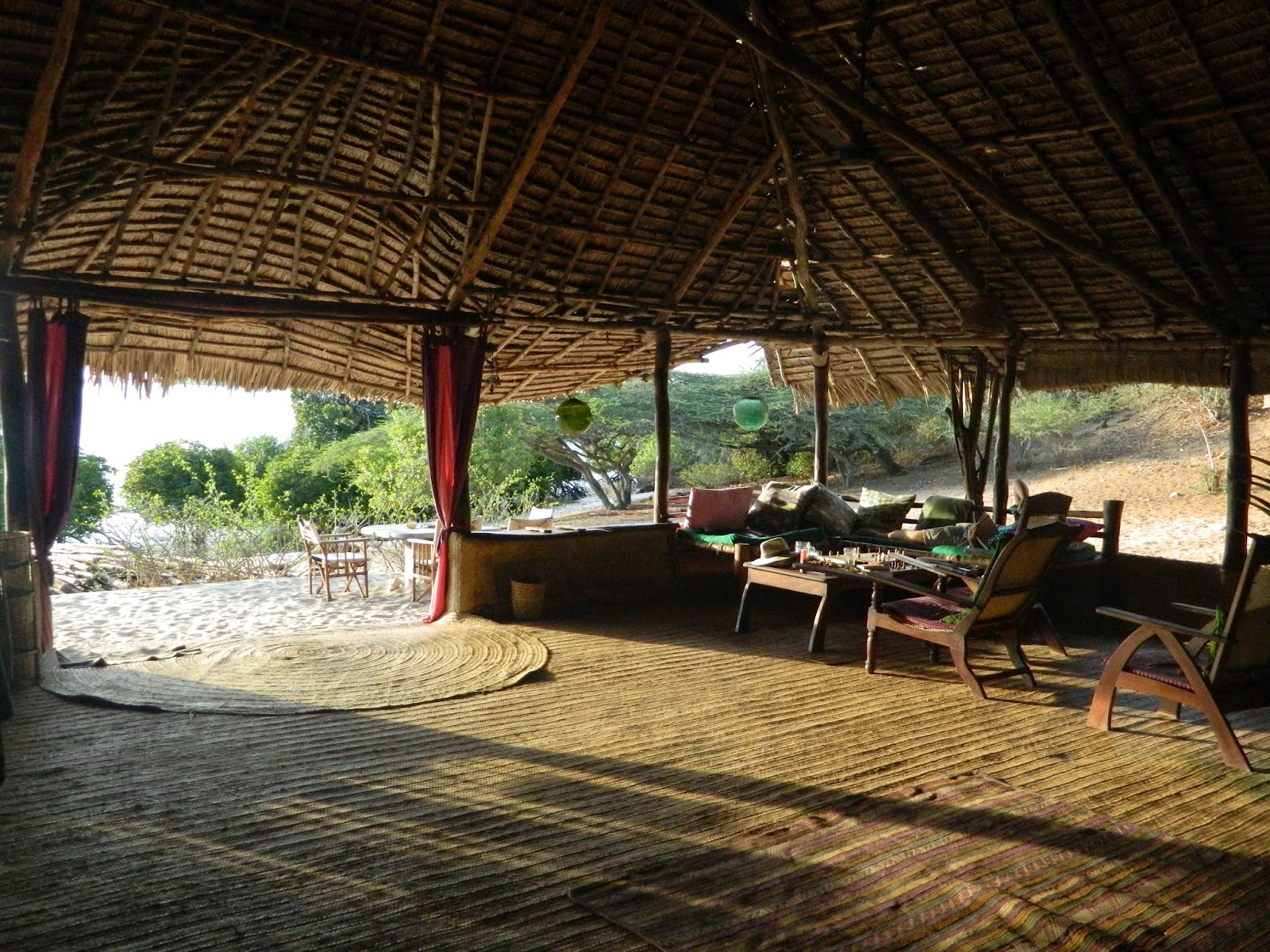 We all wake up before dawn to race to the top of “Conical Hill,” the tallest point on the island, in time for sunrise.
Afterwards, we visit Mike and his camp a long walk further down the beach. He, like Kenya’s tourist economy, is struggling. Since two English tourists were kidnapped in 2011, Kiwayu has hardly been a popular destination. All of Lamu region, really, has suffered.
Gorgeous island getaways stare out at a magnificent ocean view, empty and waiting to be filled again. 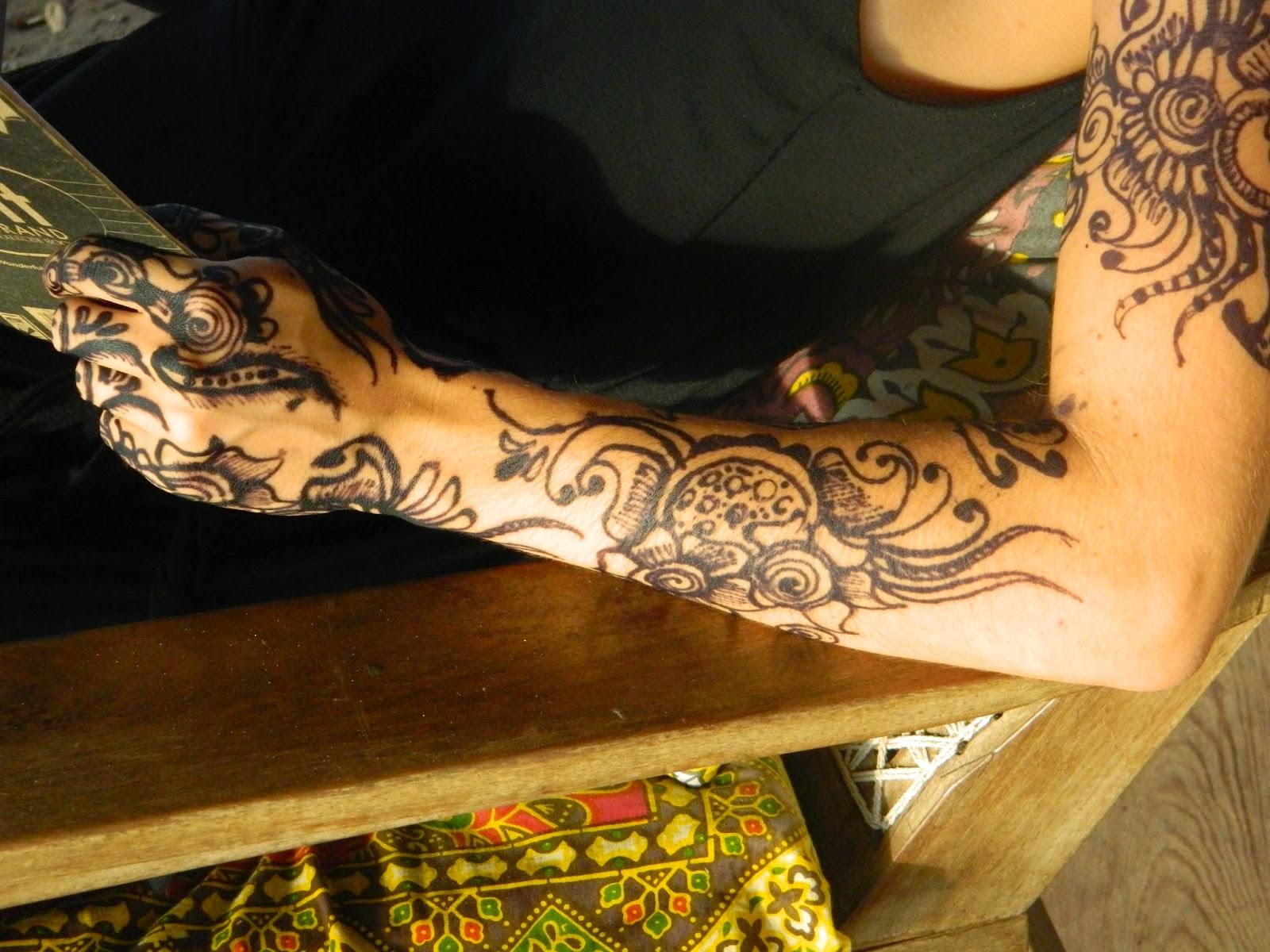 That afternoon, I return to the village and a local woman covers my left arm—from fingers to shoulder—with bold henna designs.
Day 6: Wednesday 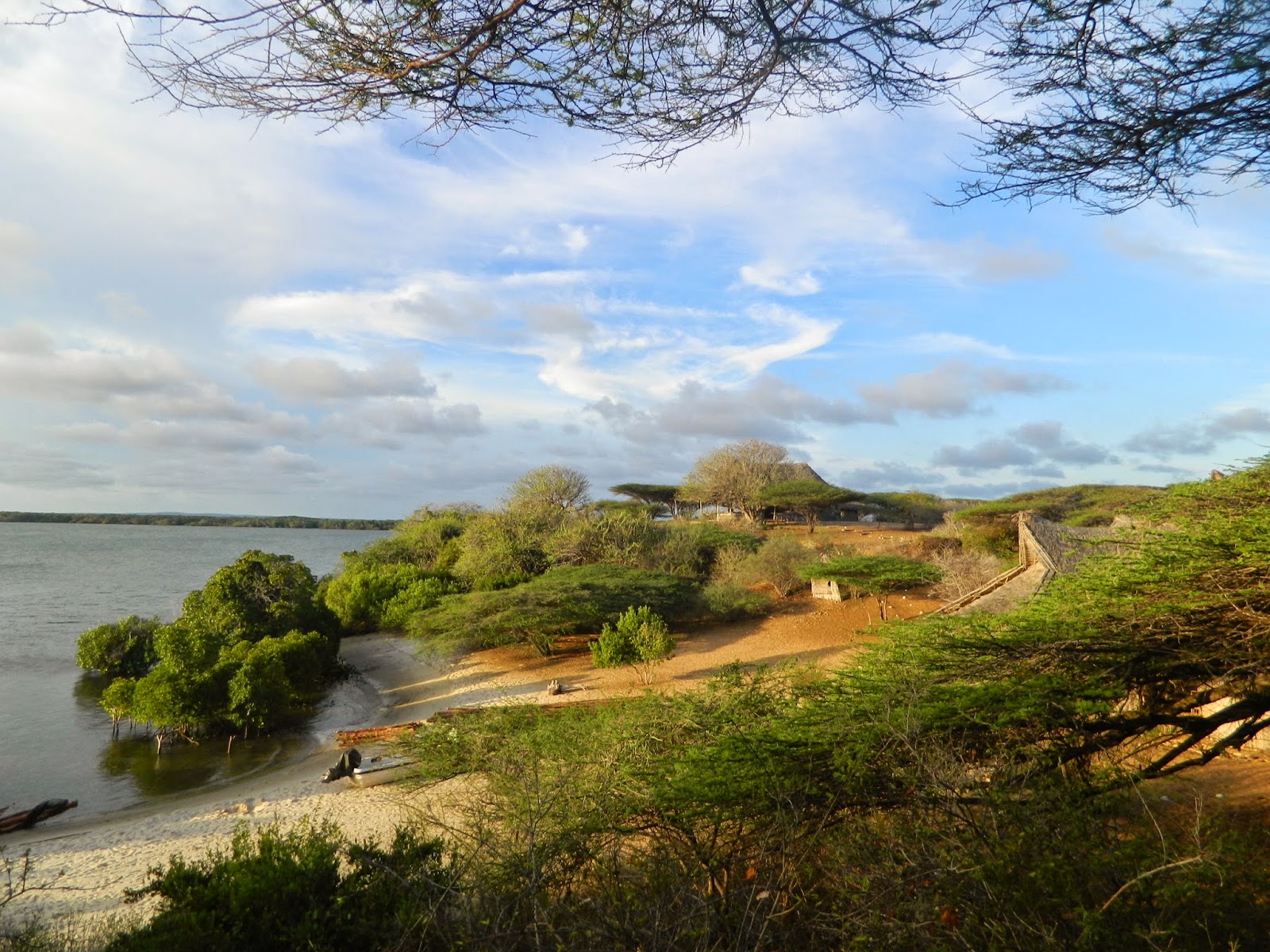 I wake up slowly, recovering from the long day on Tuesday, luxuriating in the comfort of my big bed. We savor our last hours on Kiwayu, knowing that we will leave at 4am the next day. 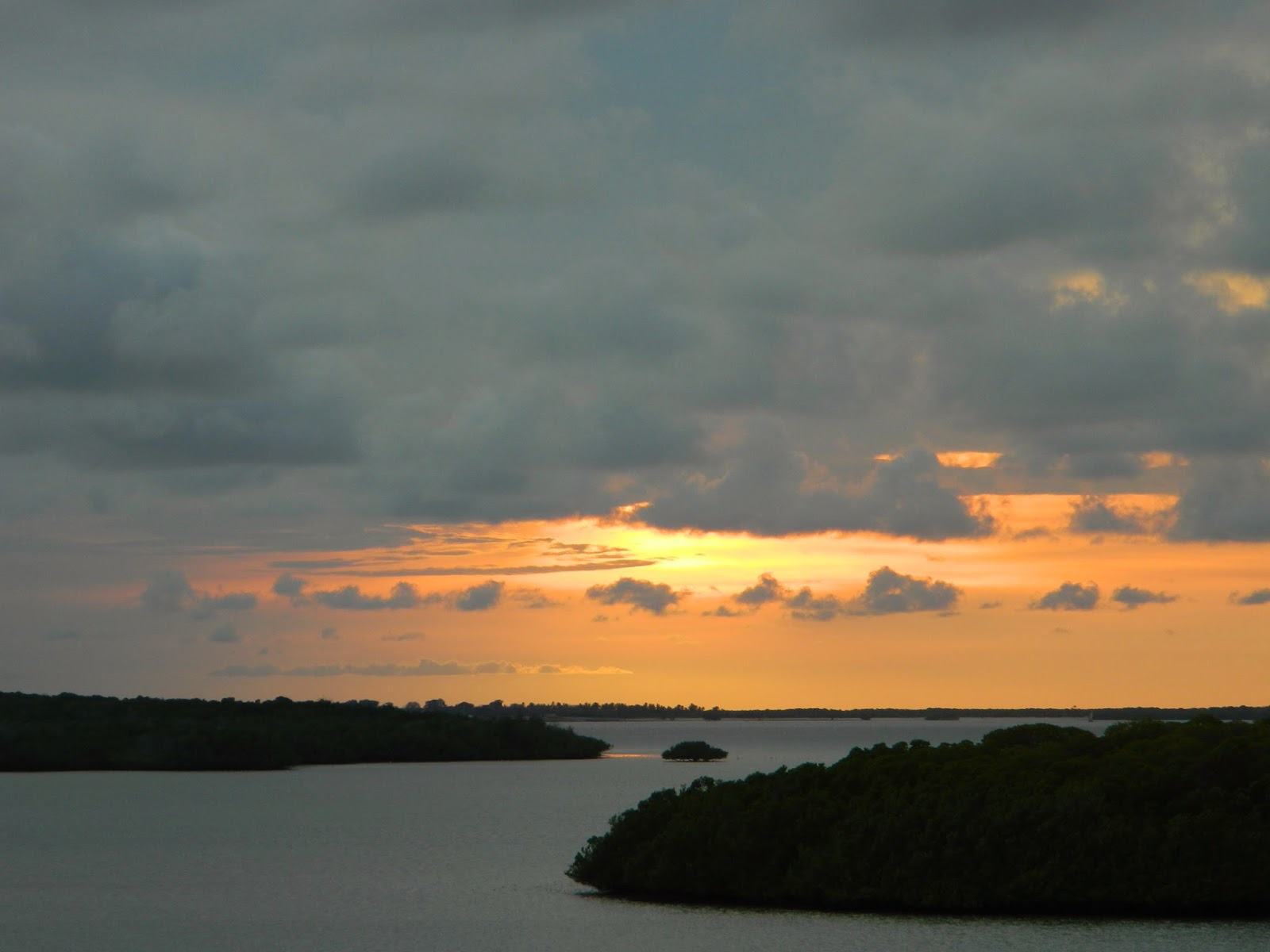 We sit on my balcony to watch one more sunset, the day fading from yellow to orange to dark.
Day 7: Thursday 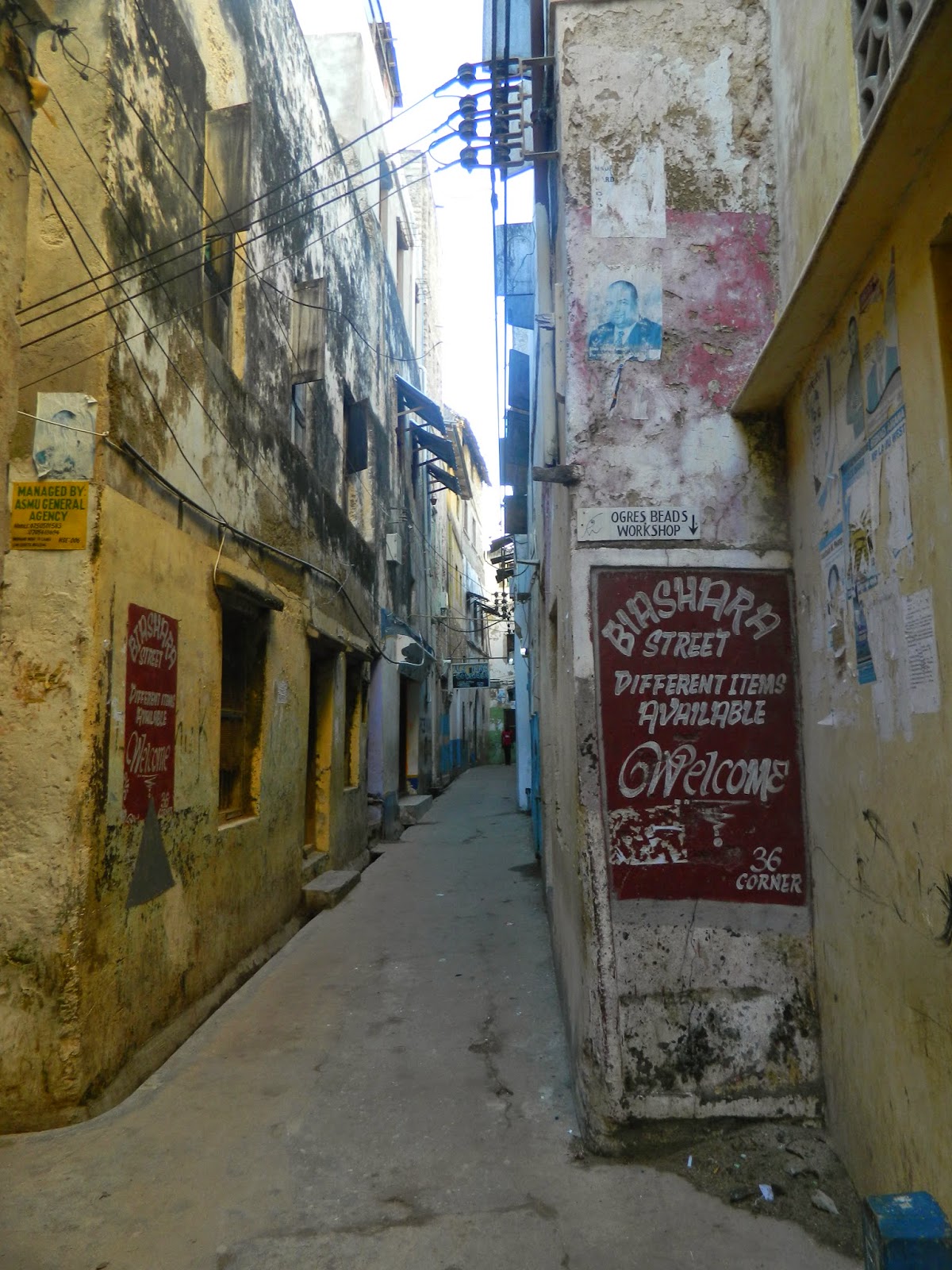 Our boat is late bringing us back to Lamu. We leave at 5:30 instead of 4:30. When we sit down at La Banda, a reasonably priced restaurant overlooking the water, for breakfast, the first news on the Garissa attacks plays on a television at the back of the room.
The bus ride back to Kilifi is as long and dusty as the first. I feel refreshed and content, though—despite the danger, despite the unrest, I feel secure… 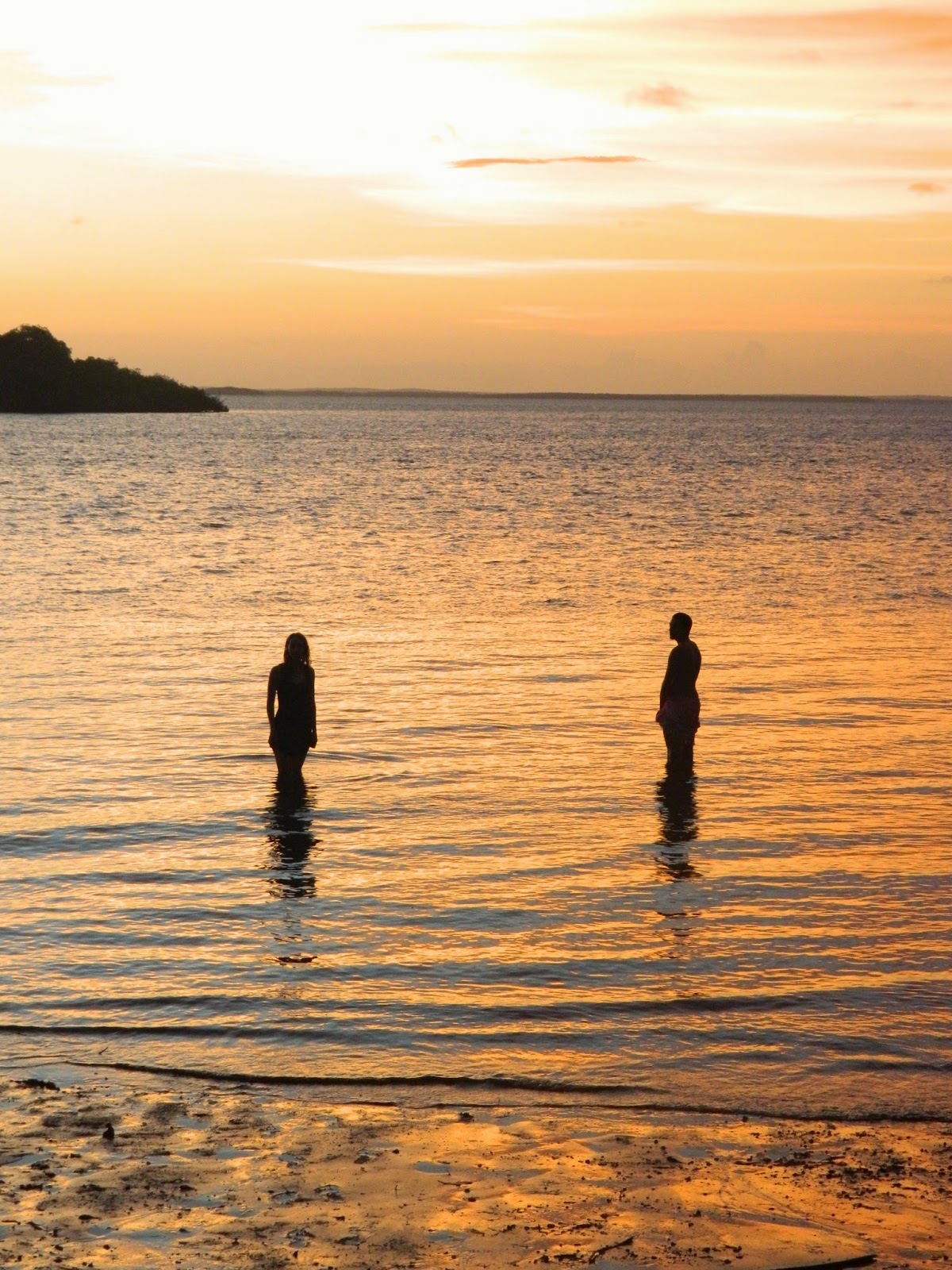 I describe my trip in such detail not to brag, but rather to make a point.
I almost didn’t go.
When Earl backed out days before our planned departure, I considered doing the same and making the trip another time. Finally though, despite increased travel advisories, Kiwayu’s proximity to Somalia, and the general tone of fear set by foreign governments, international media and even some locals, I decided to go.
I do not believe I put myself in any serious danger, but I certainly did not “play it safe” according to the conventional wisdom of travel. As more and more tourists opt to visit Tanzania rather than Kenya (playing it safe), unemployment rates here continue to rise (48% for Kenyan youth). These are not conditions for recovery, stability or growth. There is a serious danger there.
The region of Kenya I just returned from is among the most beautiful areas I have ever visited… the whole coast of Kenya is, in fact. Following yesterday’s events, this hardly seems the moment to encourage anyone to visit, and yet, I want to remind you that there is more here than what you see on the news. That is true everywhere—everything is more than what you hear secondhand.

Everything you see is certainly true, but it is only one piece of a 1,000-piece puzzle.