This Blog Post is Slumped Against the Bathroom Wall

What is Transformational Travel, Really?
Don’t Ask me where I’m From, Ask me where Home Is
Wanderlusters: Running Away Doesn’t Work. (But Run Anyway!)
Uncategorized

In the last three weeks, I have spent approximately 35 hours in airports. Just in airports. I stayed the night in JFK, had a 10-hour layover in Newark, and passed in and out of the truly lovely Burlington International Airport at least 4 times. In my time here, I’ve noticed a few things.
Airports are strange. They are a bit like the purgatory of travel—the holding area you must pass through before moving on to better things (or worse, depending on where you’re heading). And this limbo-land of modern-day crossings offers every temptation your heart might desire: free WiFi (with the notable exception of JFK), cuisine from every part of the globe that never quite satisfies, an orgy of coffee and a baffling number of retail options.
Like purgatory, airports play host to every kind of person, too. Uniformed escorts wheeling old ladies with too much perfume to and fro. Business men in suits. Children visiting relatives, signs that read “unaccompanied minor” (or something to that effect) draped around their necks. Students carrying tattered backpacks. The mysterious person who left an empty handle of cherry-flavored vodka lying on the bathroom floor at the airport in Detroit. Somebody had a very drunk, cherry-scented neighbor on their flight Monday.
These vague, loosely defined souls crowd onto escalators and through security lines, into cafes and along moving walkways, each with their own, individual mission to arrive. They rarely seem to notice one another.
Babies are the notable exception to this rule. They will stare at you forever if no one stops them.
In the first class lounge (which I talked my way into in Newark), the light is softer, the announcements muted, and the cushions thicker. (Oh yes, and the food is free.) But you can make yourself comfortable elsewhere if you only find the right nook, the right corner in which to nest. I have found, too, that it is worthwhile to buy a drink or a sandwich at a sit-down restaurant just to have someplace to sit.
There is a 24/7 diner in JFK where the waitresses don’t mind if you lie down and sleep at night.
In Detroit, there is a really interesting fountain that can easily kill 10 minutes if you are early—I have been sitting here gazing at it for at least that long now. I have yet to find the pattern the jets of water follow.
I have noticed that most people are happy to chat if you engage them, like the Australian girls I met in Newark, or the guy working at the Skinny Pancake in Burlington. Others are perhaps too happy to chat, like the people trying to buy drinks for the Australian girls in Newark, whom I obdurately ignored. Still others will surprise you by how much they don’t want to talk, like the woman I smiled at in line last week who abruptly turned away in response.
Airports exist at a strange midpoint between private and public space. Most people seem to carry a small bubble of impermeable air with them as they travel through. I know I certainly do. And yet our meals, our naps, our personal conversations and our arguments take place in shared, public space. The airport paradox.
It is always too cold, or too loud, or too hard or too rushed. Airports are anything but comfortable and warm. And yet, I kind of like them. They are the limbo-land of my crossings to the next place, my next destination, and for that alone, they are bearable.
And then there is this awesome tunnel at DTW (Detroit):
~
END_OF_DOCUMENT_TOKEN_TO_BE_REPLACED

What is Transformational Travel, Really?
Don’t Ask me where I’m From, Ask me where Home Is
No One is Talking about God (Poetry)
Uncategorized

Unicorns seem to be one of those funny, random, reoccurring themes that run through my life. They are joined by the word vagabond, feathers, the color purple (I mean the color, not the book), and plenty of others that I forget about until they pop up once more, unannounced.

I remember a couple friends who once told me they had decided I was like a unicorn. That is, I was a rare and magical creature. Naturally, this is the best compliment I have ever received to date.

Unicorns, along with horses, became one of my favorite things to draw as a young girl. To be honest, they were one of the only things I could draw with any accuracy.

Yesterday at work, I started a grocery list while waiting for customers to arrive. I made it through yogurt, granola, bananas, cheddar, and cayenne before things got busy. At the end of my shift, I folded up the list, stuffed it in the outside pocket of my backpack, and, as I typically do, completely forgot about it when I stopped at the Middlebury Coop on my way home.

Today, I pulled the list out of my bag to use as scrap paper, and noticed my coworker’s delightful addition: unicorns.

“How did you know I was running low?!” I asked her by text.

Indeed. Aren’t we all running low on unicorns.

Now, I could take this much too far into deep, metaphorical waters, and I am tempted to do so, but I will refrain myself. Take from it whatever you choose. A bit of silliness as you segue into your weekend. A nonsensical story only peripherally about unicorns. Or an unintentionally insightful comment on the diminishing place of whimsy in our world.

It would seem we’re running low on unicorns. Would you mind picking some up at the store?

Remember: This Journey is Just a Walk in the Woods
10 Hours in Nairobi (Airport!)
Journeys All The Way Down
Uncategorized

I have decided (I think) to start up a monthly email update as a kind of lazy-man’s alternative to remembering to read my blog. I’ll let you know where I am, where I’ve been, where I’m heading, and maybe a few thoughts and impressions. In addition, I will include links to my favorite blog posts, articles, and anything else I’ve published that month– just the highlights.

I’ll keep it short. It might come less often than once a month. It definitely will not come more frequently. There might be pictures.

Sounds like something delightful you would like to find in your inbox? Just send me a message with your email address and I will add you to the list! (Use the Contact Me form on the right hand side of the page.) 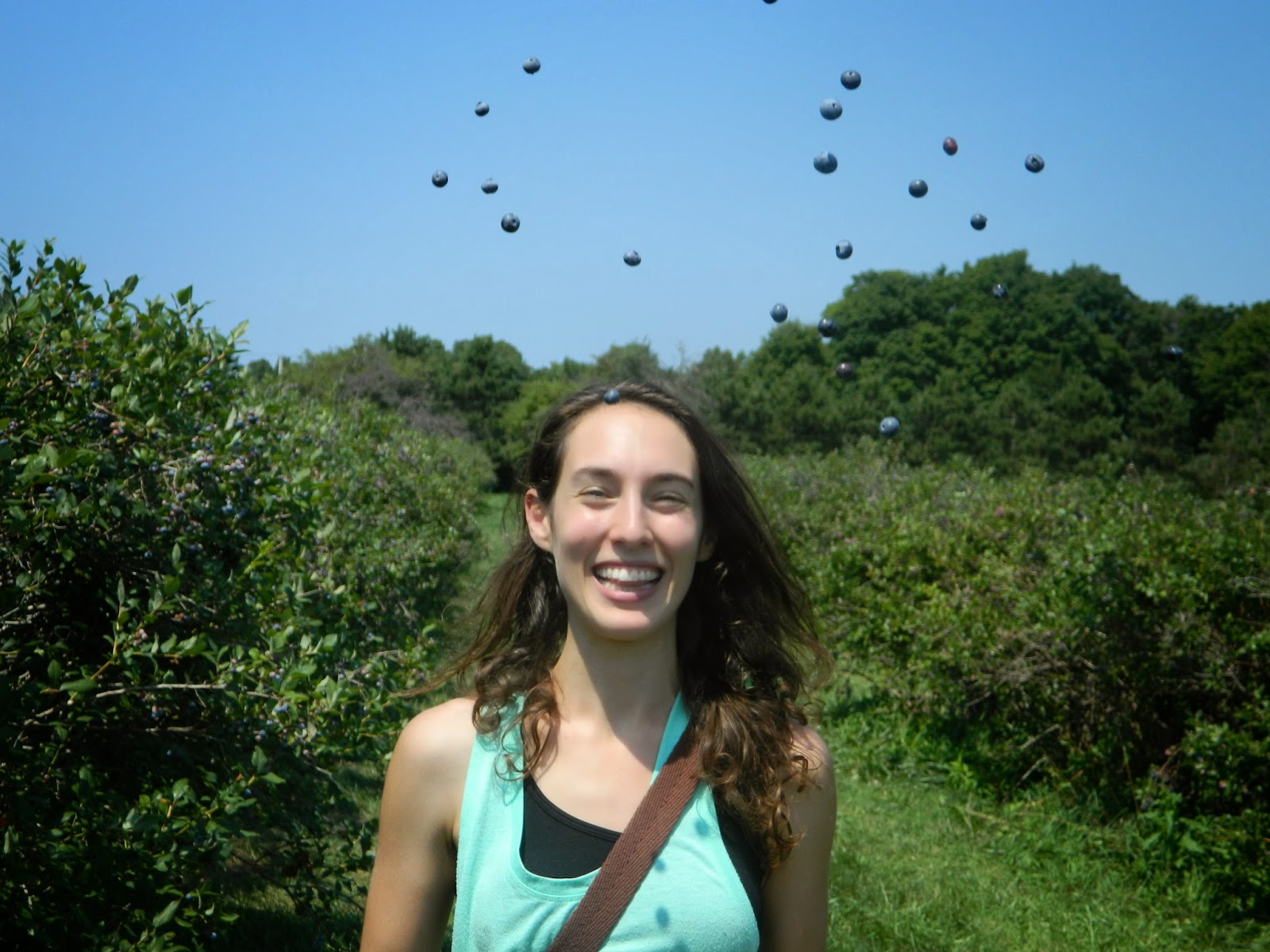 END_OF_DOCUMENT_TOKEN_TO_BE_REPLACED

How Technology Could (Maybe) Create a Nu World
Why I Don’t Care about International Relations
6 Awesome-Sauce Pictures of Morocco (or, Why you Should Follow Me on Instagram)
Uncategorized

Off to the Camino… Travel Update and See You Later!
Next Up, Cape Town: Meeting the Voice of Intuition
What is this Feeling? …Nostalgia??
Uncategorized

Links to Latest Article and the TV Interview That Followed

I’ve had an exciting publication recently on Salon-
http://www.salon.com/2013/10/07/tales_of_a_female_hitchhiker/

…which led to a TV interview this morning with WGN:
http://morningnews.wgntv.com/2013/10/25/woman-describes-challenges-excitement-while-hitchhiking-across-europe/

Getting my foot in the door, one toe at a time!

This will continue to be my personal travel blog, just as soon as I get traveling again. Stay posted!

What is Transformational Travel, Really?
The Floating Pirate Community you always wanted to Join is Real… & it has a Name
Wanderlusters: Running Away Doesn’t Work. (But Run Anyway!)
Asia, Uncategorized

Suggestions for places to go, things to eat, people to visit always welcome. Places to visit, people to eat also fine.  I will aim for tri- or bi-monthly posts to keep you all updated on my whereabouts, thoughts and, of course, adventures.

What is Transformational Travel, Really?
The Floating Pirate Community you always wanted to Join is Real… & it has a Name
Don’t Ask me where I’m From, Ask me where Home Is