Toby
The fairy chimneys, as it turns out, were the name that the genius, or over-romantic imagination, of someone in Cappadocia’s tourism department assigned to the giant, fanciful (and often very phallic) rock formations that cover the landscape. 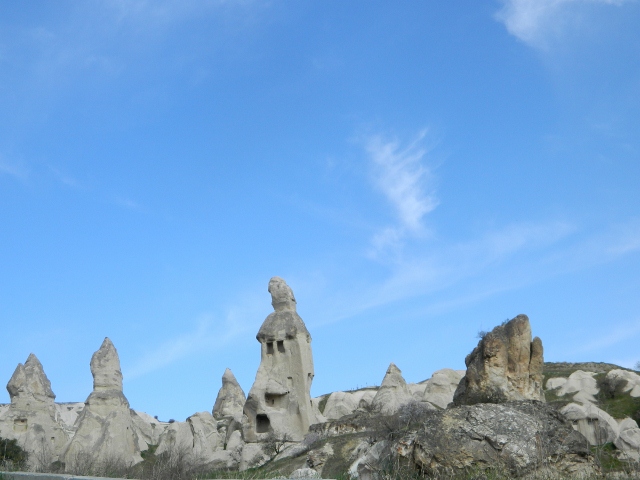